As I was going through some old photos yesterday, I found a few that I took while visiting my daughter in England in August 2005. At the time I had realized that I am not a descendant of the Bocking/Ipswich Whipples, so I wasn't particularly motivated to go see Bocking. Having a spare day, we decided to look for Bocking and St. Mary's Church. (I am the Whipple Website's Webmaster, after all, and I had already decided to accept all Whipples in the Whipple Genweb.)

Note: Back in 1997—when I started the Whipple Website—I thought I was related to both Whipple families through a Josiah Chamberlain (descended from the Ipswich Mary Whipple who married Simon Stone). An email from a Chamberlain, followed by my own research, convinced me that there were two Josiah Chamberlains living in close proximity in Massachusetts. I already had so many Ipswich Whipples in the database that I just decided to leave them and accept more.
Note 2: Since August 2005, my mother-in-law discovered that she is a descendant of the above-mentioned Mary Whipple of Ipswich, Massachusetts. ... So my wife is an Ipswich Whipple, and the daughter that I was visiting in England is a descendant of both Whipple families.


I'll cut to the chase and get going with the travelog.  Starting at the Royal Air Force base in Lakenheath (northeast of Cambridge), we headed south and got on the A11 expressway, which became the M11 expressway and continued to its intersection with the east-west A120 expressway. (Bishop's Stortford is on the west of that intersection; London's Stansted Airport is on the east.) We drove east on the A120 to Braintree, then to north to Bocking. We knew we had arrived when we saw this:

Entering through the gate, we saw the church:

Approaching the church, we passed the St. Mary's Church Hall and Parish Office on our left:


We noticed the entrance to Bocking Hall:


We didn't go through those gates (as far as I can recall 13 years later), but it might be interesting ...

We proceeded to the church:


Our visit was on a Monday, when the Church is normally closed, so we initially walked around the outside. We tried entering the front door:

With the door locked, we explored the yard. The gravestones were in the church yard:

Circling around the church, we saw this beautiful window:

Looking more closely at the stonework ...


Continuing our walk around the building:


We looked for a place to peer into the church.

We found a promising window to look through:


We continued to explore from the outside of the church:


We saw this clock beneath the bell tower. It would soon be noon.

We also saw this statue of St. Katherine holding a spiked wheel. During the 4th century, she refused to make sacrifices to pagan gods and was put to death by being crushed between two spiked wheels.

I'm uncertain about this statue:

The following two seem to represent a king and queen?

Continuing to check around the outside of the church, we read the notices of local events. In the process we learned that the full name of the church is The Deanery Church of St. Mary the Virgin Bocking:

I noticed this gargoyle (?):

Before leaving, we decided to try the door of the Parish Office. To our delight, it was open. We walked in. "Anyone home?" we wondered.

We saw a picture of St. Mary's hanging on the wall:

No one seemed to be there. We were getting hungry, so we went to the gate. The road to the left looked promising. We proceeded down the street and found a place for a light lunch.

After lunch, we returned to take a few more photos:

I hadn't noticed this tree previously:


"Why did we have to come on a Monday, when the church and offices were all closed?" we asked ourselves. (I knew why: on Tuesday we would take the Chunnel to Belgium, the Netherlands, and France ... but I asked it anyway.)

We decided to check the Parish Office one more time.

Les Vail, a Church Warden, had stopped by the office. When I told him I was the webmaster of the Whipple Website, he graciously unlocked St. Mary's for us!! (Hmmm ... Maybe he would have unlocked it for anyone?) Here is what we saw when we entered:

We saw this monument to Mary Grinsell Moore (d. 1624) on the north wall of St. Mary's chapel:

Looking north inside the chapel, we saw this:

This photo shows the the striped ropes pulled to ring the bells:


Perhaps this man was the current Dean of Bocking?


Now that we had seen the inside of the church, we decided it was time to leave. We noticed the Bocking Cemetery as we headed back to Braintree. We took many photos, but saw no Whipples. 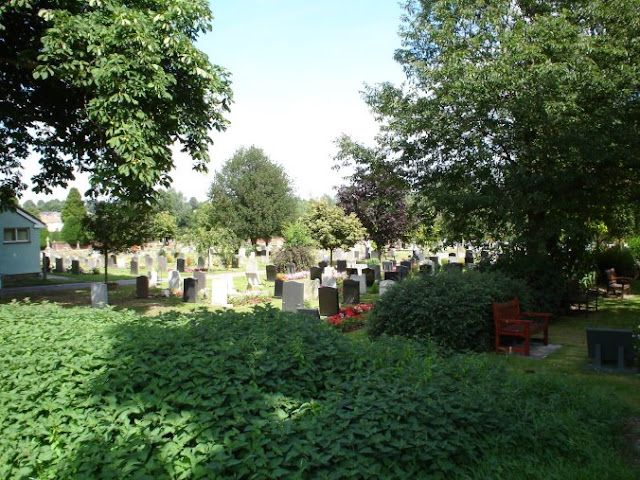 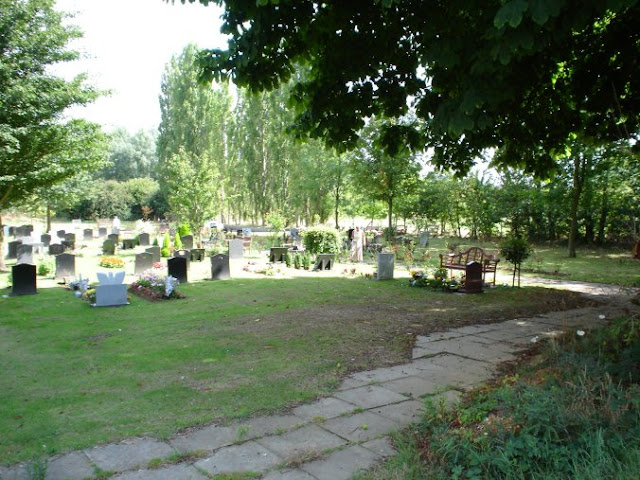 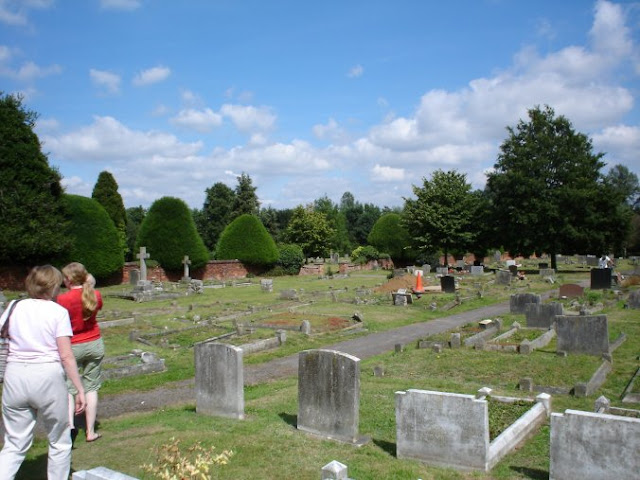 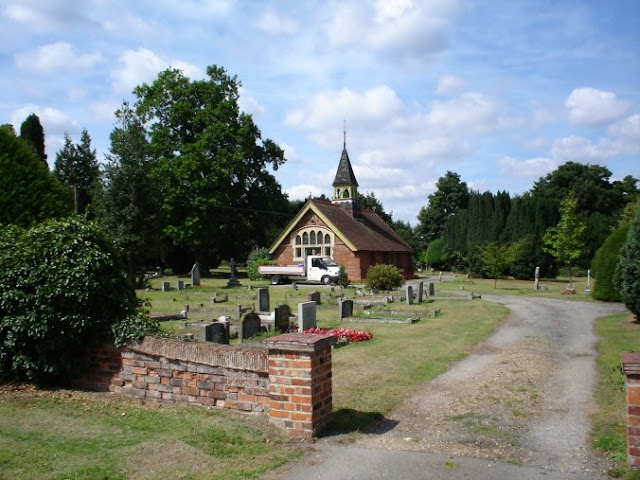 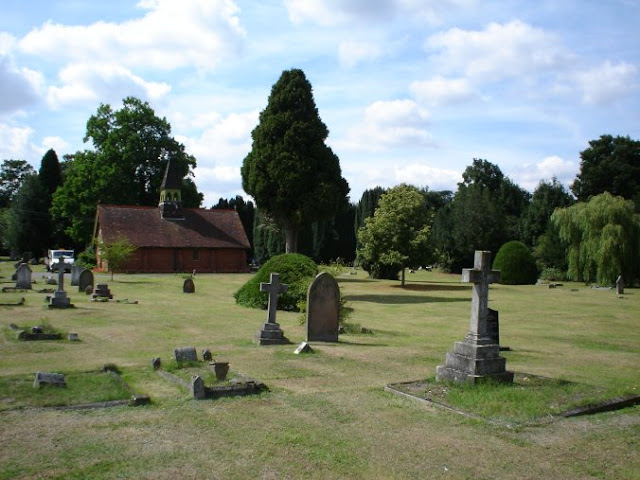 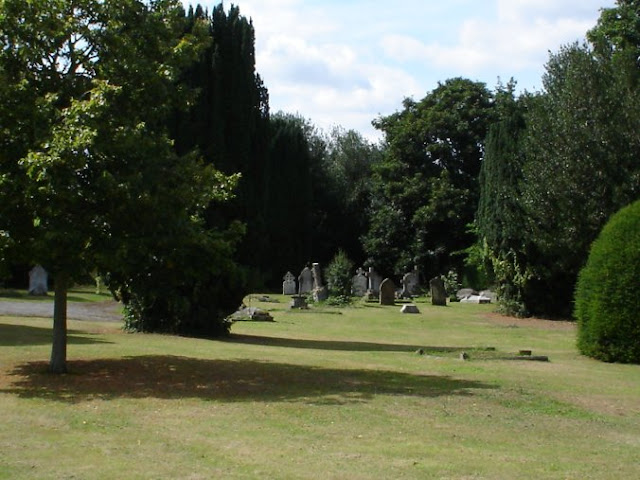 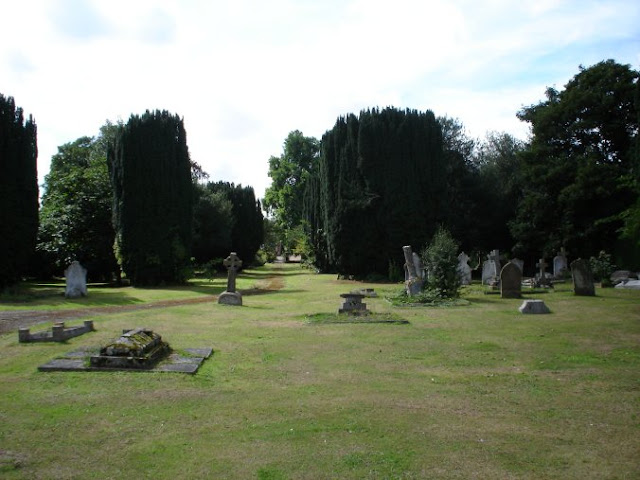 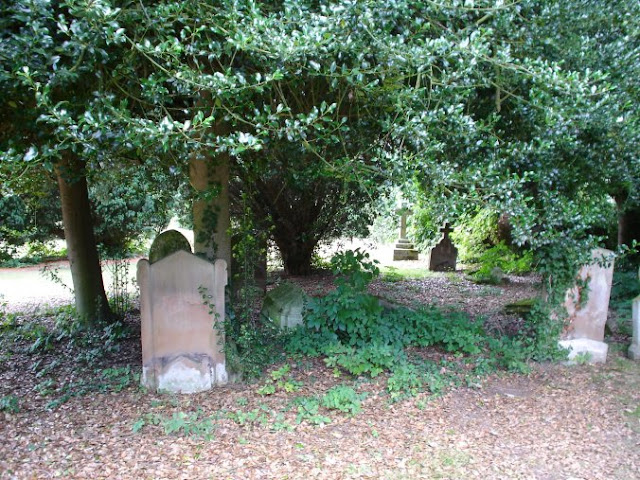 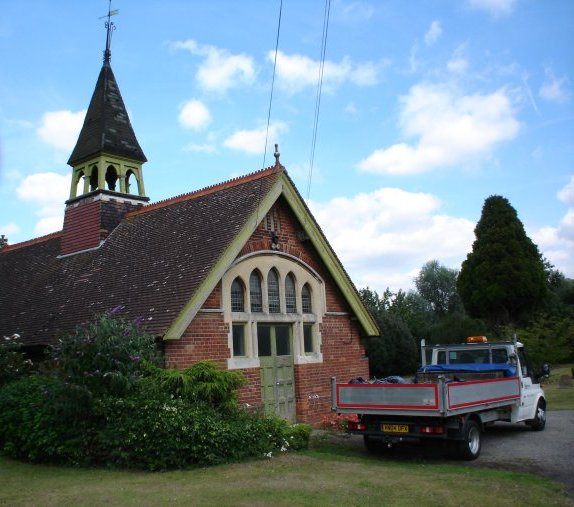 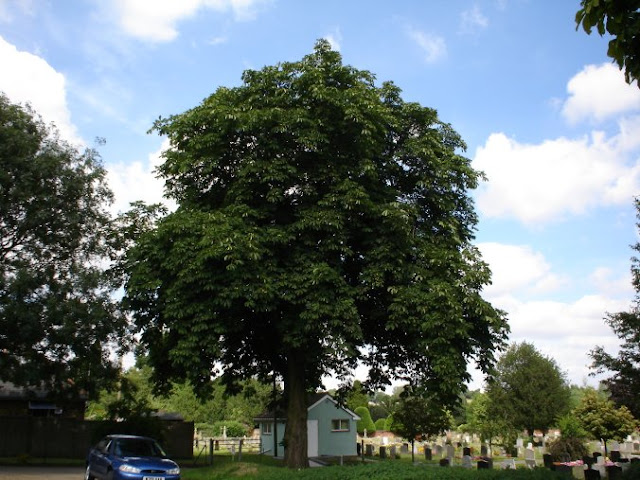 Since the 2005 visit, new developments in Whipple research make me want to revisit the the area surrounding Bocking:

Perhaps I can revisit the UK in the next few years?
Posted by WWhipple at 3:11 PM